What do you do?
I sing, play guitar, and write songs for the band Careless Hearts.

Where can we find your work?
You can find our recorded music in the digital music stores (iTunes, Spotify, Rhapsody, eMusic, etc.) and in the cool local record shops, like On The Corner Music and Streetlight. But the best place to find our music is in the space right in front of the band during live performances, which we do frequently all over the Bay Area, and occasionally beyond.

What inspires you to create and how do you keep motivated when things get tough?
Things getting tough IS what inspires me. When I am struggling in some situation, or wrestling with my own feelings about something, music and lyrics are usually how I attempt to sort it out. But it's also where I turn when I think I have solved something, and in those cases it's a desire to share any insight I think I have, to hopefully help other people feel a little less lonely while they sort out their own situations.

What do you think is more important content/finished product or technique/process?
Content and finished product are more important. I know a lot of people who can play guitar with far greater skill than I can, but when they try to write a song they get hung up on a million little things and can never call a tune DONE. You just have to finish it, then start writing the next one. I had an art teacher who told our class that we would have to do 1,000 crappy drawings before we'd do our first good one, and I think it's the same with anything in the arts. The sooner you start, the sooner you'll get to the good stuff.

Who are some people who influence and/or inspire you?
Maybe a bit surprisingly, but lately I've been really inspired by folks working in modern comedy, like Doug Stanhope, Marc Maron, and Louis CK. These guys are fearlessly digging deep into themselves, and they pull things out that others are bound to connect with because of the integrity with which it was harvested. I find myself trying harder to do the same under their influence.

If you could be any fictional character who would you be?
Sherlock Holmes… Dude was just too badass. (Or maybe Buckaroo Banzai.)

When do you get your best ideas?
When I sit with pen or guitar in hand and actively ignore the voice in my head telling me how lame I am. When I successfully shut that voice down I can produce all sorts of interesting ideas.

What materials/tools do you use most to create your work?
Notebooks of all shapes and sizes, the Voice Memos app on my iPhone, the beat-up guitar in the trunk of my car, the gorgeous Martin acoustic in my studio, and an old Mac running an old copy of Garageband.

Are you self taught or formally educated? How do you think that has influenced or affected your work?
A little of both. I studied some music in college, took my first guitar lessons at Blue Bear in SF, took voice classes for a while… Never had any discipline in any of it until I finally felt like I had something to say. But I learn more from playing with other people and by just throwing myself headlong into writing than I ever learned in school.

If your creative work was edible what would it taste like?
In my dreams, it would be as delicious as crawfish étouffée.

When you are not creating what do you like to do?
Shower the people I love with love. And I also really like to sit in my hammock in the shade and read.

How did you learn to access your creative talents and gain the confidence to put it out there for everyone to experience?
I was one of the millions of kids whose lives was saved by punk rock. What keeps a lot of people from being creative is an assumption that you need sharp skills before you even start. Bands like the Minutemen revealed that for the bullshit it is, and helped me feel good about sucking in public. Do enough of that, eventually you stop sucking.

What advice would you give others just beginning their creative adventures?
Whatever you are doing to lower the stakes for yourself, stop doing those things as soon as you can. Get out in front of the people who scare you the most, and then pay close attention to whatever happens next. Chances are you're in much better shape than you think you are. 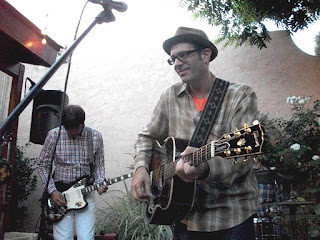 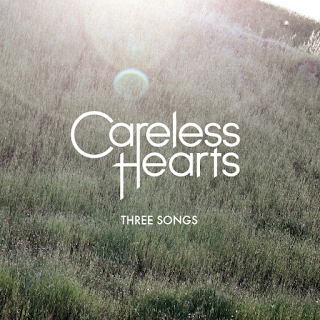